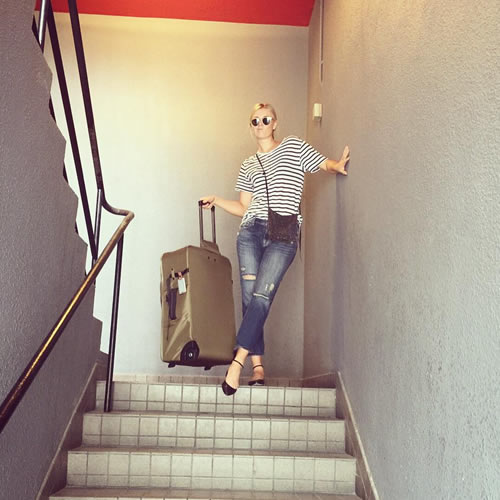 Maria Sharapova is preparing to represent Russia in the Fed Cup final in Prague this weekend as they take on holders the Czech Republic.

And the Russian superstar appears to be in a fully relaxed mood despite the crunch tie, judging by her Instagram feed at least.

The 28-year-old has been posting a series of photographs from her travels on the picture-sharing app, and it’s fair to say that she has been taking her mind off the tennis court.

Sharapova missed almost four months of the season with a leg injury but still scored the 10th top-10 year-end ranking of her career this week.

Sharapova has shared more than 10 photos over the last few weeks on the social network, detailing some of her recent travels before arriving in Prague for the Fed Cup final.

Here are some of the highlights from her artistic feed from the last few weeks.

Nothing like a @tiffanyandco cuff companion on a mountain hike. #jewelry #elsaperetti

The places you find in the world. #special

An afternoon with my God Daughter.

Testing out my new @Nike X Sacai piece along with the swans. #Series #series1

The end of the sunset in #Prague. #travel