Mesut Ozil looks to be back together with girlfriend Mandy Capristo, the Arsenal star has hinted on social media 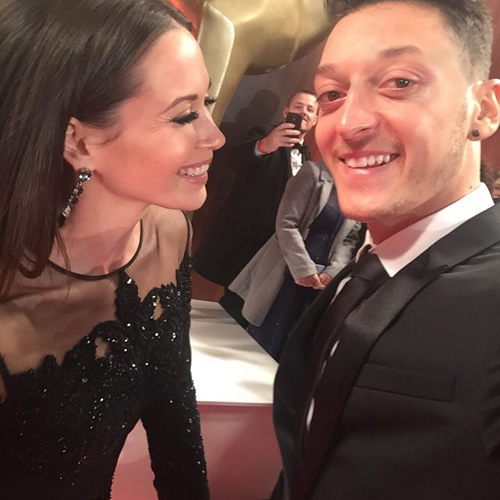 Mesut Ozil appears to be back together with girlfriend Mandy Capristo Photo: Mesut Ozil / Instagram

Mesut Ozil has hinted that he is back in a relationship with Mandy Capristo via a post on social media on Thursday evening.

The pair were reported to have split up late last year, however it looks as if the Arsenal playmaker and pop star could well be back together judging by Ozil’s latest post.

The 27-year-old Ozil posted the picture above on his personal Instagram account on Thursday night and wrote: “Just the two of us… #happy #selfie #ozistoisback #bambi2015”

The German World Cup winner has been one of Arsenal’s standout performers so far this season and has already notched up 11 assists in the Premier League for Arsene Wenger’s men.

Ozil will be expecting to feature when Arsenal return to Premier League action after the international break with a trip to West Bromwich Albion.

The former Real Madrid star set up Kieran Gibbs’ equaliser as Arsenal came from a goal down to earn a 1-1 draw against bitter local rivals Tottenham Hotspur last Sunday.