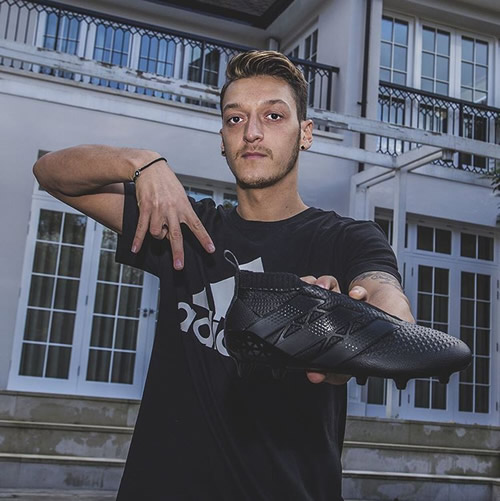 Mesut Ozil has taken to social media to show off his latest pair of Adidas football boots for 2016 – featuring no laces.

The Arsenal playmaker revealed the latest addition to his kit bag on his personal Instagram account as he and his club team-mates gear up for their crunch Champions League clash at Bayern Munich on Wednesday night.

Ozil posted the picture above on the photo-sharing app and wrote: “Just received my boots for next year

Ozil notched up his eighth and ninth Premier League assists of the season as Arsenal ran out 3-0 winners at Swansea City on Saturday thanks to three second half goals at the Liberty Stadium.

The German World Cup winner has helped Arsenal win back to back FA Cup titles in his first two seasons at the club.

Since making his debut in September 2013 after joining from Real Madrid in a big-money deal, Ozil has made more assists (23) than any other player in the Premier League.