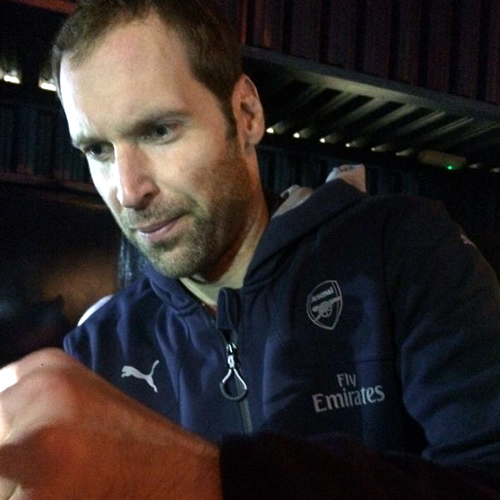 Petr Cech showed his class after Arsenal’s 2-1 loss to West Bromwich Albion by stopping to sign autographs for fans despite the disappointment of Saturday’s loss.

The Czech Republic shot-stopper was unable to prevent the Gunners from slipping to a defeat at The Hawthorns as Santi Cazorla missed a late penalty and the chance to earn a point for Arsene Wenger’s men.

The result meant that Arsenal squandered their opportunity to move top of the Premier League table as Manchester City were demolished 4-1 by Liverpool later in the day.

However, while many footballers would have been quick to disappear into the comfort of the team bus upon leaving the stadium after a defeat, Cech showed his class by stopping to meet fans after the game.

Cech responded to one fan’s tweet after the game, too:

Cech will be expecting to feature when Arsenal return to action with a home clash against Dinamo Zagreb in the Champions League on Tuesday night.

Andy Gray: Why Harry Kane can inspire Tottenham to victory over West Ham