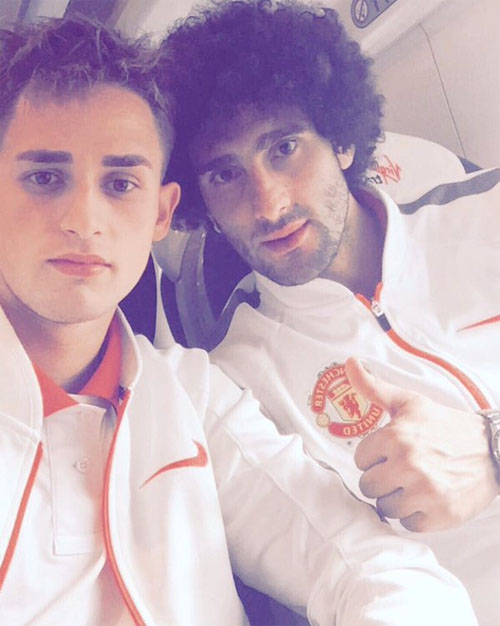 The towering Belgium international celebrated his 28th birthday on Sunday afternoon, and the United star has been receiving plenty of tributes from his Red Devils team-mates.

Januzaj moved to Borussia Dortmund on a season-long loan in the summer, but the 21-year-old gets full marks for remembering to wish his compatriot a happy birthday.

The Dortmund starlet posted an old photo of the pair and wrote the following caption: “Happy birthday to my brother from another brother 😜🎉 you know @Fellaini”

The Belgium international joined the Bundesliga club on a season-loan loan from United in the summer transfer window after Louis van Gaal deemed the winger surplus to requirements.

However, Januzaj hasn’t gained much experience on loan at Dortmund after making a string of appearances from the bench as BVB look to chase down leaders Bayern Munich at the top of the Bundesliga.

The 20-year-old has started two of Dortmund’s four Europa League games this term.

Jose Mourinho told to stop being ’emotional’ and rebuild Chelsea