Anthony Martial's wife Samantha looks to be getting on with her fellow Manchester United Wags... 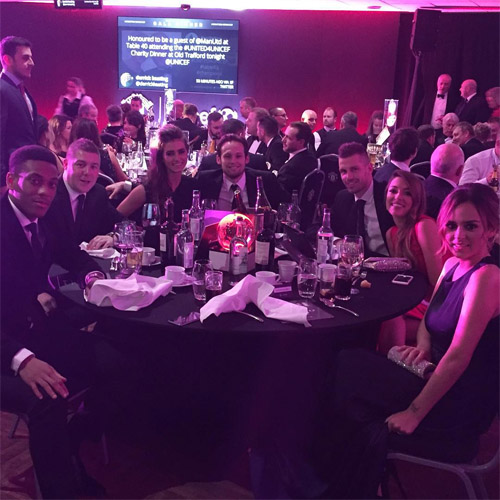 Samantha Martial is quickly winning over the hearts of the Manchester United supporters despite her Instagram slip-up last week.

The French beauty joined her husband Anthony for United’s Unicef charity dinner on Sunday night just over 24 hours after the Red Devils played out a 1-1 draw with Premier League leaders Leicester City.

The teenager risked the wrath of the United supporters last week after she mistakenly posted a snap of Emirates Stadium on her Instagram page, believing it to be Old Trafford.

She quickly rectified her error thanks to the help of some fans, but the mishap hasn’t stopped Martial’s better half from remaining active on Instagam.

Martial and his wife seemingly joined Morgan Schneiderlin and his girlfriend plus Daley Blind and his Dutch missus Candy Rae-Fleur for a glamorous snap.

Martial has scored three goals in nine Premier League games for United since his £36m move to Old Trafford in the summer.