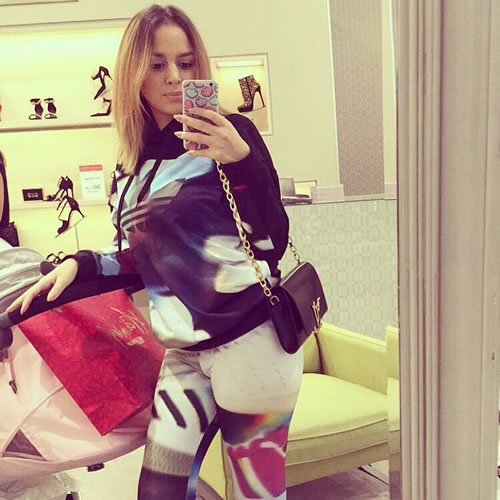 Anthony Martial’s wife Samantha has taken to social media to thank Manchester United fans for their support of her husband.

The 19-year-old was substituted after picking up what appeared to be an ankle injury, with France boss Didier Deschamps confirming the setback when addressing the media after the game.

And Martial’s wife Samantha used her personal Instagram account to send a message to the Red Devils faithful after a shopping trip in Manchester.

She uploaded the photo above onto her personal Instagram account and wrote: “Thank you Manchester for support My man

United fans will be hoping that Martial’s injury is not too serious and that he will be able to shake it off in time to be fit to face Watford in the Premier League on Saturday lunchtime.

The Red Devils head into the game in fourth place in the table and two points behind leaders Manchester City.

Photo: Aaron Ramsey relaxes with his dog as Arsenal star closes in on comeback