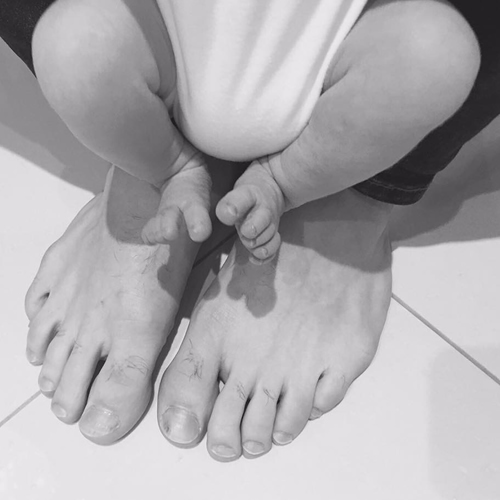 Aaron Ramsey has taken to social media to reveal his joy at becoming a father for the first time with his wife Colleen.

Ramsey shared the picture above on the photo-sharing app and wrote: “Me and my wife have become parents for the first time to a beautiful baby boy!

Ramsey’s Arsenal team-mates are gearing up for their Premier League clash with West Bromwich Albion at The Hawthorns on Saturday.

The midfielder is currently sidelined with a hamstring injury but is closing in on a comeback for the Gunners as the hectic festive period looms large.

Ramsey has been out of action since suffering the problem during the 2-0 win over Bayern Munich in the Champions League last month.

Arsenal head into Saturday’s clash in second place in the Premier League table after their 1-1 draw with Tottenham before the international break left them level on points with leaders Manchester City.