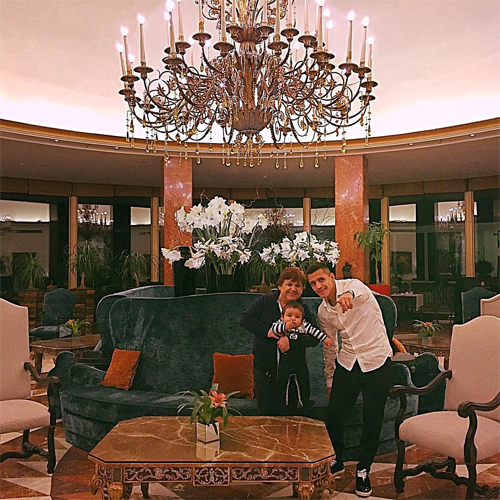 The Chile international was unable to influence the derby clash at The Emirates as Tottenham striker Harry Kane broke the deadlock with a clinical 32nd minute finish.

Arsene Wenger introduced Kieran Gibbs in search of an equaliser in the second half, and the Arsenal left-back got on the end of Mesut Ozil’s cross to restore parity with 13 minutes left.

And Sanchez was all smiles as he chilled with his mum on Sunday evening ahead of the international break.

Sanchez wrote on his Instagram page: “With my mother…”

The South American hasn’t scored since a 3-0 victory over Watford on 17 October.

Sanchez has netted six times in 12 Premier League games for the north London side this season.

The Chilean moved to Arsenal in a £35m deal from Barcelona in 2014.