Photo: Arsenal star Gabriel Paulista all smiles on flight out of UK 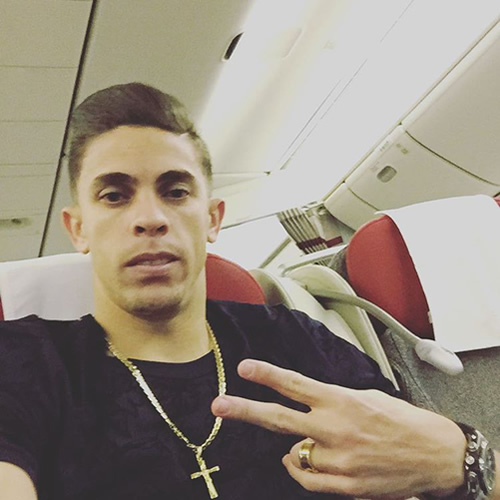 Gabriel Paulista looked in good spirits to be checking in for international duty with Brazil on Monday evening as he jetted off to join up with his national team-mates.

The Brazilian defender was an unused substitute as Arsene Wenger’s men came from behind to earn a 1-1 draw against Tottenham Hotspur at Emirates Stadium on Sunday afternoon.

Gabriel will be hoping to feature when Brazil take on Argentina and Peru in their forthcoming international friendly clashes.

And the centre-half checked into Instagram as he jetted off to his native homeland on Monday evening.

Gabriel shared the photo above on the app and wrote: “

Gabriel has made six Premier League appearances for Arsenal so far this season after joining the north London club from Villarreal in the January transfer window.

Arsenal return to Premier League action with a trip to West Brom after the international break. Sunday’s draw with Spurs left the Gunners second in the table and level on points with leaders Manchester City.