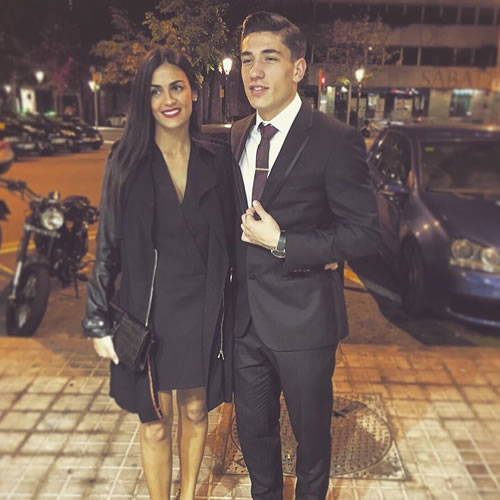 Hector Bellerin looked to be in good spirits as the Arsenal right-back posed for a picture with his girlfriend at the Catalan Awards.

Bellerin has been in fine form for Arsenal this season and was rewarded for his top displays by being named the Catalan young player of the year last week.

The defender is currently sidelined with a groin injury but will be hoping to make his comeback when Arsenal take on West Bromwich Albion in the Premier League on Saturday afternoon.

Bellerin posted the picture above of himself with his girlfriend Berta Requeno on his Instagram account on Tuesday afternoon and wrote:

The 20-year-old has made 10 Premier League appearances for Arsenal so far this season to help Arsene Wenger’s men up to second place in the Premier League table and level on points with leaders Manchester City.