Arsenal defender Hector Bellerin poses for a snap, which is girlfriend proudly posts on Instagram 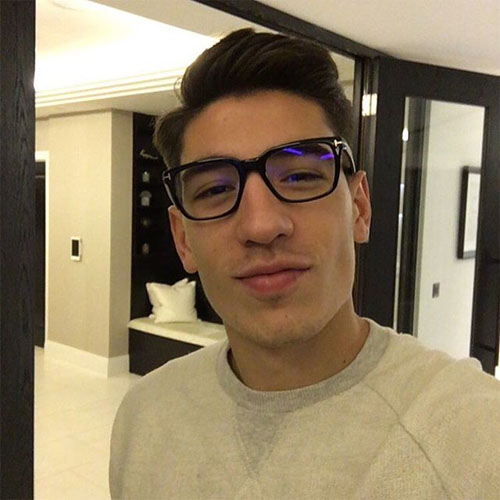 Hector Bellerin was in good spirits despite being ruled out of Arsenal’s clash against Bayern Munich on Wednesday night.

The Gunners full-back won’t line up against the Bundesliga champions in the Champions League at the Allianz Arena after Arsene Wenger confirmed the defender had a small groin problem.

The Spain Under-21 international has been in good form for the north London side so far this season, cementing his left-back spot.

And Bellerin sported a cheeky grin despite his injury blow as he posed for a snap which his girlfriend posted on Instagram.

Berta Requeno posted the above snap and wrote the following caption on the photo-sharing app: “Handsome”

Arsenal were 2-0 winners against Pep Guardiola’s Bayern side at The Emirates last month.

The north London started their Champions League campaign in disappointing fashion after defeats by Dynamo Zagreb and Olympiacos.

Arsenal head into the game on the back of a 3-0 win at Swansea City in the Premier League on Saturday afternoon.