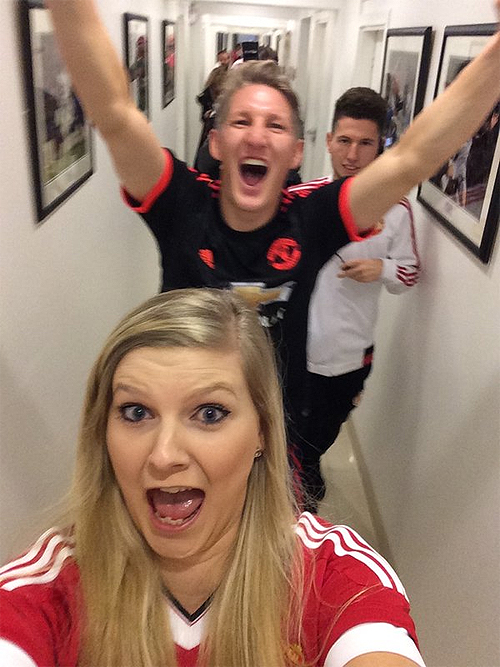 Bastian Schweinsteiger was in high spirits after Manchester United’s 1-0 victory over CSKA Moscow on Tuesday night.

The Germany international played 89 minutes of their slender win against their Russian opponents, which hoisted the Red Devils to the top of Champions League Group B.

Schweinsteiger has regularly posted selfies with team-mates on his Instagram since his summer move to Old Trafford, showing he is a savvy operator on and off the pitch.

And the United midfielder made one fan’s afternoon after he posed for a funny selfie on Wednesday evening.

Guess what I did today…? pic.twitter.com/NG2DXfPaef

And Wayne Rooney scored a 79th-minute header to seal three points for the Red Devils as he netted his first goal in the Champions League since a hat-trick at Club Brugge in the play-off stage.