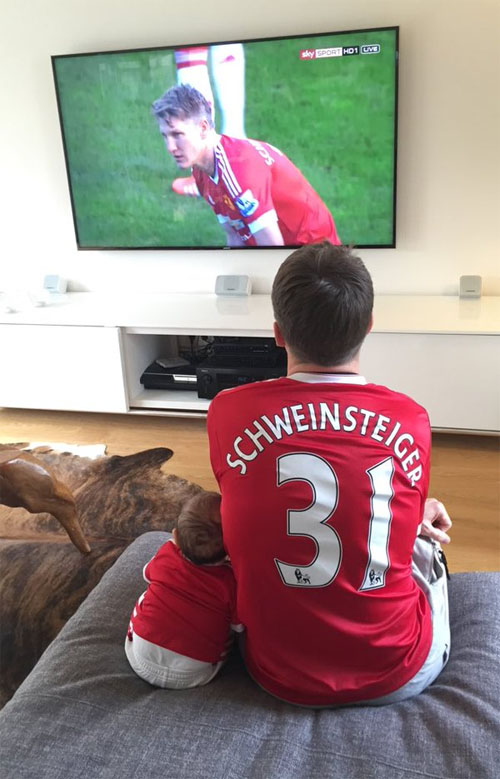 Bastian Schweinsteiger was Manchester United’s hero on Saturday after the midfielder forced a late winner in a 2-1 victory over Watford.

The Red Devils looked to have let three points slip after Watford striker Troy Deeney cancelled out Memphis Depay’s first-half opener from the spot with three minutes remaining in the English capital.

However, Schweinsteiger’s late effort was deflected into the Watford net by Deeney to restore United’s lead in added time at Vicarage Road.

The 31-year-old’s brother Tobi, who plays for Bayern Munich II, and his son posted a snap on Twitter of the pair supporting uncle Basti during Saturday afternoon’s dramatic finish.

And the United star wrote in response to the tweet: “Thanks to the both of you”

Schweinsteiger was restored to the United line-up for their 2-1 win against the Hornet in Saturday’s early kick-off.

The World Cup winner has made 13 Premier League appearances for the Red Devils this season.

The Germany international moved to Old Trafford in a £6.7m deal from Bayern Munich in the summer.