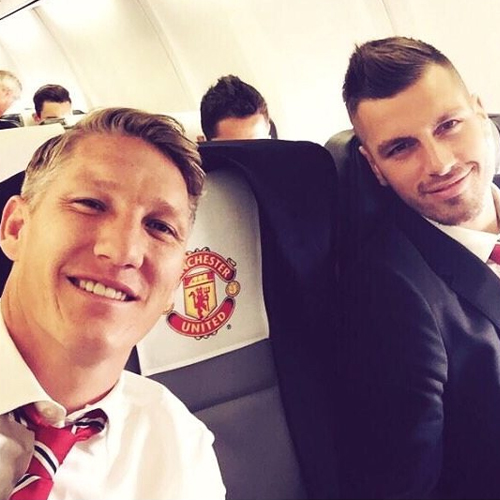 The France international was celebrating his 26th birthday just hours after the Red Devils were 2-0 winners against West Bromwich Albion at Old Trafford in the Premier League.

Schneiderlin and Schweinsteiger have already formed a promising partnership following their respective summer moves to the 20-time English champions.

The World Cup winner uploaded the above snap of the pair and wrote the following message on his Instagram page: “Happy Birthday, Morgan! I wish you all the best! Have a great day. #mufc”

Schneiderlin has scored one goal in 10 Premier League appearances for the Red Devils so far this season.

The France midfielder moved to United from Southampton in £25m deal in the summer transfer window.

Schweinsteiger joined the Red Devils in the same weekend in July as the Frenchman after Louis van Gaal snapped up the experienced midfielder in a reported £6.7m deal.

The Red Devils are in fourth place and two points behind leaders Manchester City.