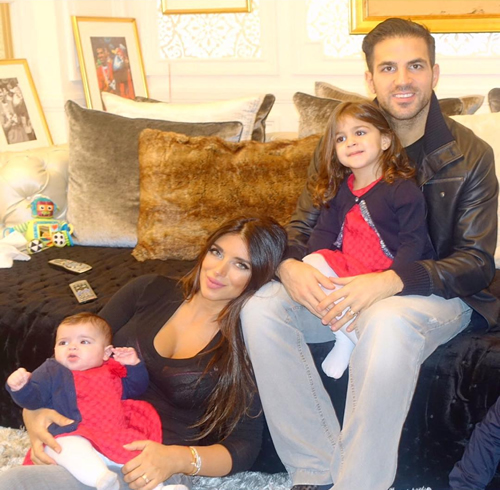 Cesc Fabregas may have been downbeat about Chelsea’s disastrous start to the season in recent weeks, but it appears that his life away from football is helping to keep him happy.

Fabregas, like most of his Blues team-mates, has struggled to find consistent form this term, with Jose Mourinho’s men languishing in 16th place in the Premier League and just three points above the relegation zone.

The former Arsenal captain returned back to London early this week after Spain’s friendly clash with Belgium was cancelled due to security fears following the Paris terror attacks.

And Fabregas appears to be completely settled in his family life, with his girlfriend Daniella Semaan and two daughters, Lia and Capri.

Fabregas shared the picture above on his personal Instagram account on Thursday morning and wrote: “Family… Where life begins and love never ends

The 28-year-old will be hoping to feature when Chelsea return to Premier League action with a home clash against Norwich City on Saturday.