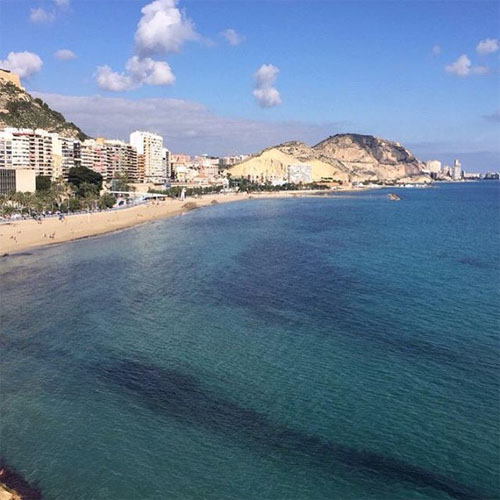 Pedro Rodriguez soaked up some of the rays in Alicante as the Chelsea forward relaxed after a turbulent start to the season.

The three-time Champions League winner moved to defending Premier League champions Chelsea in a £21m deal from Barcelona in the summer transfer window.

Pedro has endured an injury-hit start to his Blues career, which has limited the 27-year-old winger to just eight appearances in the Premier League so far.

The Spain international posted the above snap of his view in Alicante as Vicente del Bosque’s squad prepare to face England in a friendly on Friday.

Pedro has scored one goal and has made one assist in seven Premier League appearances this season.

The summer signing came off the bench last week as Chelsea secured a late 2-1 victory over Dynamo Kyiv in the Champions League.

The Spaniard couldn’t help Chelsea avoid a 1-0 defeat by Stoke City at The Britannia at the weekend.