Photo: Chelsea star Radamel Falcao all smiles with wife ahead of Tottenham derby

Chelsea star Radamel Falcao is in high spirits with his wife 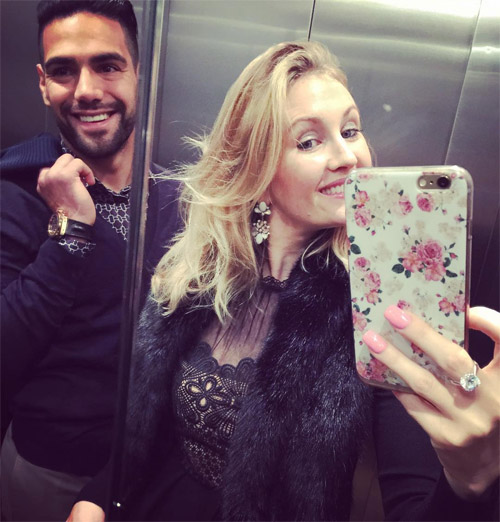 Radamel Falcao might not be up to much on the pitch, but the Chelsea striker looks as stylish as ever off it.

The Blues forward won’t be available due to injury if Chelsea struggle to break down the division’s second-best defence at White Hart Lane on Sunday.

Jose Mourinho’s side make the trip across London to face Tottenham Hotspur in Sunday’s early kick-off as the Blues look to record back-to-back Premier League wins.

Of even more concern will be in-form Harry Kane, who has scored seven times in his last four Premier League games to make Tottenham the top-flight’s third most-prolific side.

In contrast, Falcao has managed to net one goal in nine Premier League games, although he has only started one of Chelsea’s 13 top-flight games.

The Colombia international’s wife posted the below snap with her husband on Saturday afternoon.

Falcao moved to the defending Premier League champions on a season-long loan from Monaco in the summer transfer window.