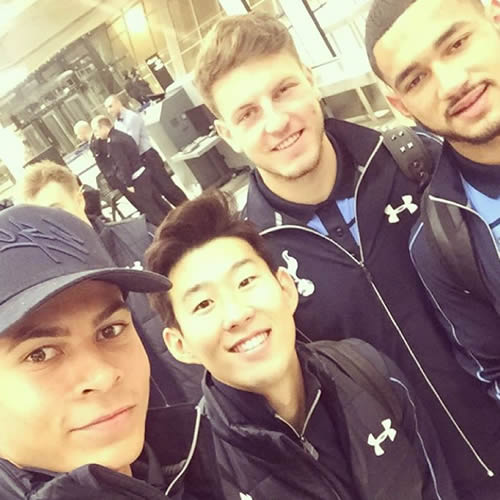 Dele Alli has taken to social media to express his delight at helping Tottenham Hotspur book their place in the last 32 of the Europa League on Thursday night.

Harry Kane scored his ninth goal in six games as Spurs secured their spot in the knockout phase with a 1-0 victory at Qarabag.

Alli played the full 90 minutes and was named man of the match as he helped Mauricio Pochettino’s men secure victory in Azerbaijan.

And the Spurs starlet was a happy man after the game, as he snapped a selfie with three of his Tottenham team-mates as they prepared to jet back home to the UK.

Alli posted the picture above on his personal Instagram account and wrote: “Good win tonight, now time to fly home

Thursday’s result means that Spurs just need a point from their final game at home to Monaco to seal top spot in Group J.

Glenn Hoddle: What ‘unconvincing’ Man United need to work on