Photo: Dele Alli wolfs down popcorn at the cinema with Tottenham duo 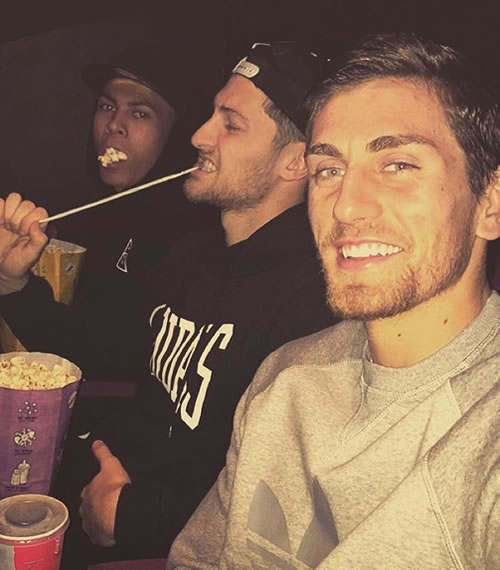 Dele Alli looked like he was a little hungry on Thursday afternoon as he enjoyed a trip to the cinema with Tottenham Hotspur duo Ben Davies and Luke McGee.

The Spurs teenager is celebrating a memorable week after capping his full international debut with a stunning goal in England’s 2-0 win over France in Tuesday’s friendly at Wembley.

Alli has been one of Tottenham’s star performers this season, and he was due some well-earned downtime as he enjoyed a trip to the cinema with his team-mates.

McGee posted the picture above on his personal Instagram account on Thursday afternoon and wrote: “Cinema time 🎥😂 @bendaviesofficial @delealli36”

Alli will be expecting to feature when Spurs return to top-flight action with a home clash against West Ham United at White Hart Lane on Sunday afternoon.

The teenager was in good form as Spurs secured a 1-1 draw with Arsenal in their most recent top-flight outing before the international break.