Photo: Erik Lamela warms up for Arsenal v Tottenham on the couch 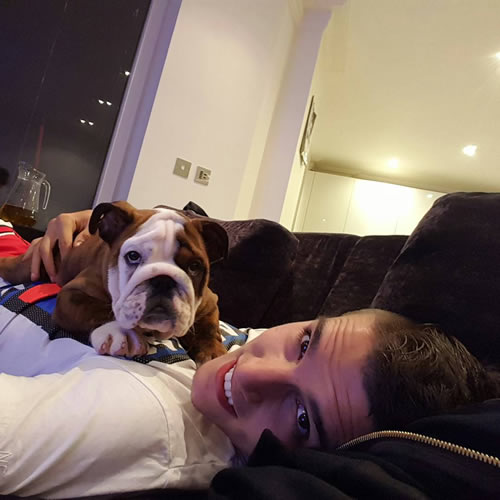 Erik Lamela was all smiles with his pet dog as he enjoyed a relaxing evening on Friday night as he and his Tottenham Hotspur team-mates start to turn their attentions to Sunday’s north London derby clash at Arsenal on Sunday.

The 23-year-old Argentina playmaker played the full 90 minutes as Mauricio Pochettino’s side geared up for Sunday’s showdown with a 2-1 Europa League victory over Anderlecht at White Hart Lane on Thursday night.

And the midfielder was clearly enjoying some downtime on Friday as he chilled out on the sofa with his dog called Simba.

The midfielder has been a regular fixture in Spurs’ first-team this season and has made 10 Premier League appearances for the north London side so far this term.

He has scored four goals and notched up three assists in all competitions for the Lilywhites, to help Spurs up to fifth place in the Premier League table.

Jamie Carragher: Why Arsenal can win the Premier League this season