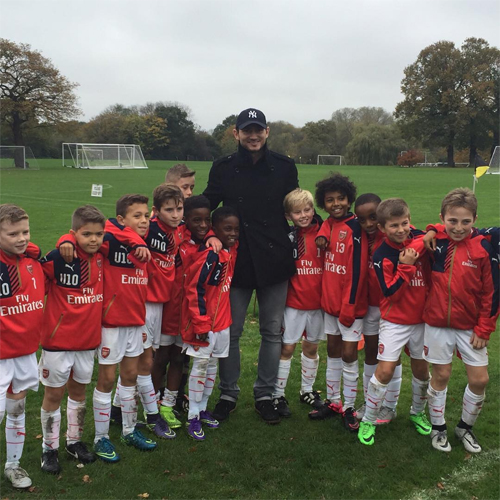 The former England midfielder received a rapturous welcome at Stamford Bridge last weekend as he returned to his old employers Chelsea despite having left the Blues for Manchester City last season.

Lampard made the trip to another of Chelsea’s rivals, Arsenal, on Sunday afternoon in order to keep close tabs on his nephew, who plays for the Gunners youth team.

And the 37-year-old posed with some young Gooners at the training ground ahead of Sunday’s north London derby at Emirates Stadium.

Lampard wrote on the photo-sharing app: “Surrounded by some young gooners on a Sunday morning. Great to see my nephew @stanleyskipper8 doing his stuff in the middle of the park”