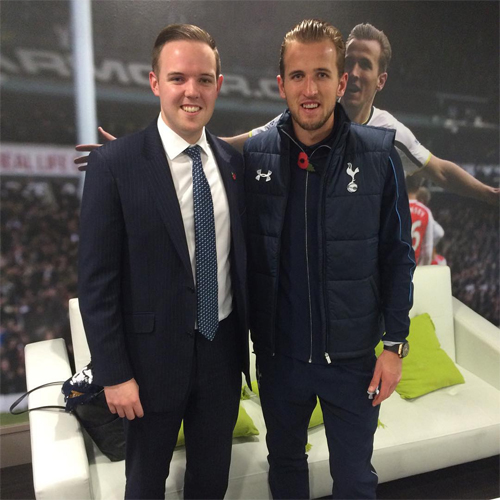 Harry Kane was the toast of the extended Kane family on Monday night after the striker won his cousin a cool £5,000.

The Tottenham Hotspur star scored in the 93rd minute of the north London side’s 3-1 victory over Aston Villa at White Hart Lane in the Premier League on Monday night.

While the strike wrapped up three points for Spurs after Villa had halved the deficit, Kane’s fifth goal of the season also sealed a jackpot win for his cousin Joe in dramatic fashion.

It meant he needed cousin Harry to score to scoop an equal share of Sky Super Six’s jackpot and although Kane left it late, the Spurs striker duly delivered.

At the weekend I predicted 6 anytime goal scorers to win a jackpot! 5 goals later I needed H to make it 6 out of 6 & he kept me waiting right up until the 93rd minute! It's fair to say there were absolute scenes on the East Stand when that strike flew into the top corner! Thanks for the early Christmas present @harrykane 🎁 Another great night at the Lane with the family! 🙏⚽️💪💷💙 #COYS

Joe had the chance to take home £1,000 before Monday night’s clash but bravely opted to place his faith in the England internation.

Kane has scored five times in the Premier League this season.