Photo: Harry Kane’s girlfriend gets to grip with new version of Tottenham star 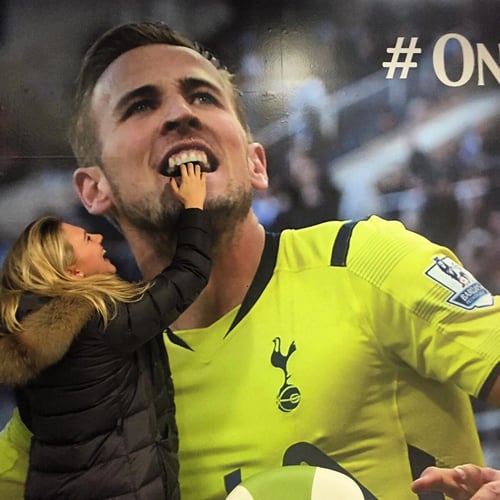 Harry Kane’s girlfriend was confronted with a larger-than-life version of the Tottenham striker after watching the forward fire Spurs to a 4-1 win over West Ham United on Sunday afternoon.

Mauricio Pochettino’s men were in top form as they secured a 4-1 victory over the Hammers at White Hart Lane to move to within four points of Premier League leaders Leicester City after 13 games.

Kane put Spurs ahead before Toby Alderweireld headed in from a corner.

Kane then fired in his second after half-time, before Kyle Walker added a fourth for the home side as Manuel Lanzini’s late goal ended up as a consolation for the Hammers.

And Kane’s girlfriend Katie Goodland took some time out to pose with a photographic version of the striker after the game at White Hart Lane.

Tottenham return to Premier League action with a home clash against Chelsea next Sunday.

Arsenal’s Francis Coquelin out for at least three months – report