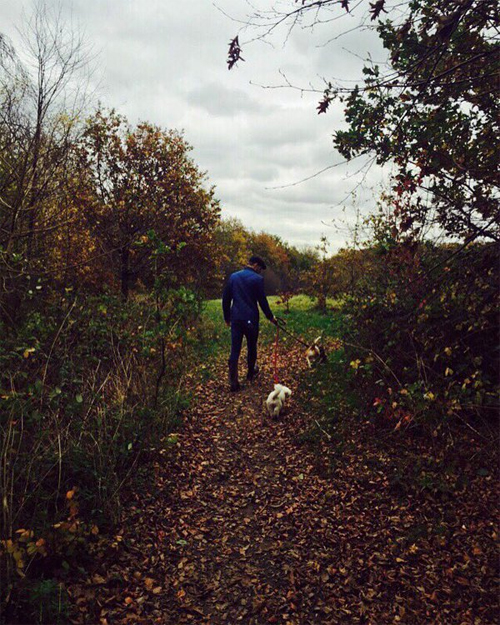 Aaron Ramsey may be recovering from a hamstring injury, but the Arsenal midfielder still found the energy to take his dogs for a walk on Thursday morning.

The Wales international was taken off with a hamstring problem in the 57th minute of Arsenal’s 2-0 win against Bayern Munich in the Champions League last month.

The 24-year-old box-to-box midfielder has missed the north London side’s past five games in all competitions due to the injury setback.

However, Ramsey is being tipped to return to first-team action after the international break and could feature against West Bromwich Albion on 21 November.

And the Arsenal midfielder, who has scored one goal in nine Premier League games this season, loosened the hamstring with a crisp autumn morning walk with his dogs.

Love walking the dogs in autumn

The Welshman helped Chris Coleman’s side qualify for next summer’s European champions during the international break last month.

Ramsey has made two appearances in this season’s Champions League.