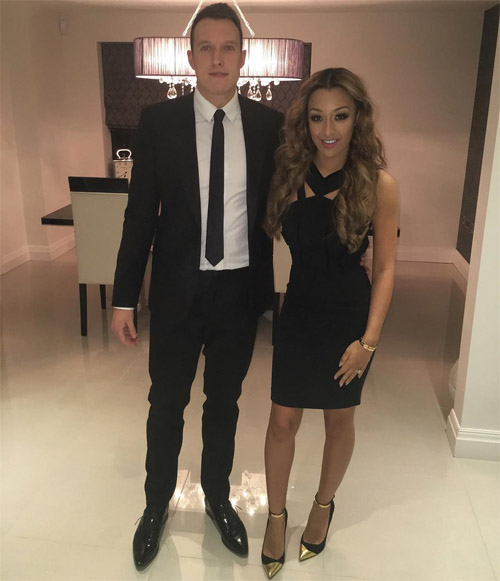 Phil Jones may have missed Manchester United’s 1-1 draw with Leicester City due to injury, but the defender managed to make it to the club’s Unicef charity dinner on Sunday evening.

The England international was forced off with an ankle injury during the Red Devils’s 2-1 win at Watford at Vicarage Road earlier this month.

Louis van Gaal went with a back-three of Daley Blind, Chris Smalling and Paddy McNair in the absence of Jones and his South American team-mate Marcos Rojo.

But the former Blackburn Rovers defender looked in high spirits with his girlfriend, Kaya Hall, ahead of the 20-time English champions’s charity bash.

Jones posted the above photo and wrote on his Instagram page: “Had a great evening last night for #UNITED4UNICEF #MUFC @manchesterunited”

The England centre-half has only made five Premier League appearance for the Red Devils this season.

Jones will be hoping to make a return to competitive action against West Ham United next weekend.