Photo: Kurt Zouma all smiles with hist wife ahead of Tottenham v Chelsea 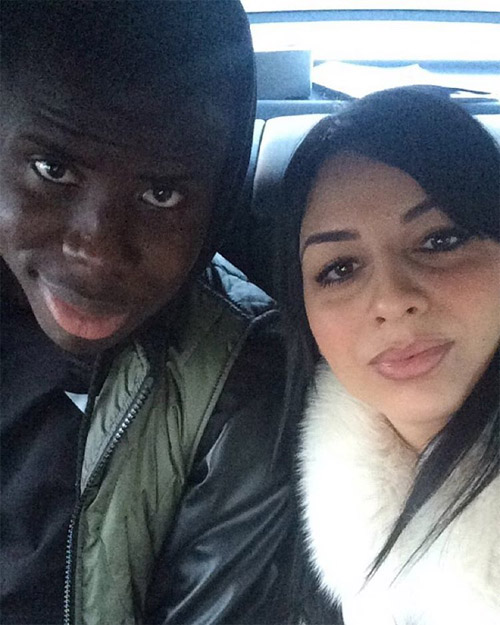 Kurt Zouma and his wife snap selfie ahead of derby Photo: Sandra Zouma/Instagram

Kurt Zouma was all smiles with his wife as he relaxed ahead of Chelsea’s London derby against Tottenham Hotspur on Sunday.

The Blues make the trip to in-form Spurs fresh from their convincing 4-0 win against Maccabi Tel-Aviv mid-week in the Champions League.

Zouma has been a mainstay of Jose Mourinho’s side for most of the season and the France international could slot in at centre-half at White Hart Lane if John Terry fails to recover from an ankle injury.

The 21-year-old joined his wife for a Saturday selfie which the defender’s other half, Sandra, posted on her Instagram page.

Zouma has scored one goal and has made one assist in 11 Premier League games for the defending champions this term.

The French centre-half has also scored one goal in four Champions League appearances.

The Blues are 10 points behind fourth-placed Tottenham ahead of Sunday’s derby after having won the title last season.