Photo: Liverpool defender dresses up for Halloween with his girlfriend

Alberto Moreno got into the Halloween spirit with his girlfriend on Saturday night... 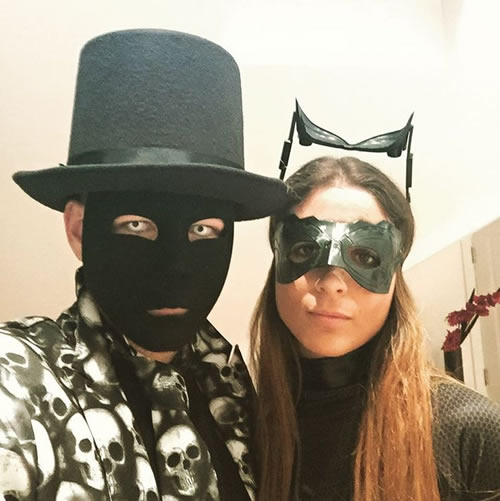 Alberto Moreno looked the part as he dressed up for Halloween with his girlfriend after helping Liverpool beat Chelsea 3-1 in the Premier League on Saturday afternoon.

The Spaniard played the full 90 minutes as the Reds secured their first top-flight win under new manager Jurgen Klopp at Stamford Bridge.

Moreno has been a regular fixture in the Liverpool first team this season and has made 10 Premier League appearances for the Reds so far this term.

And the 23-year-old enjoyed some downtime with his girlfriend on Saturday night as the couple dressed up for Halloween together.

Moreno will be hoping to feature when Liverpool return to Premier League action with a trip to Rubin Kazan in the Europa League on Thursday night.

The Merseyside outfit then take on Crystal Palace at Anfield in the Premier League next Sunday afternoon.