Photo: Liverpool duo all smiles on flight to Russia 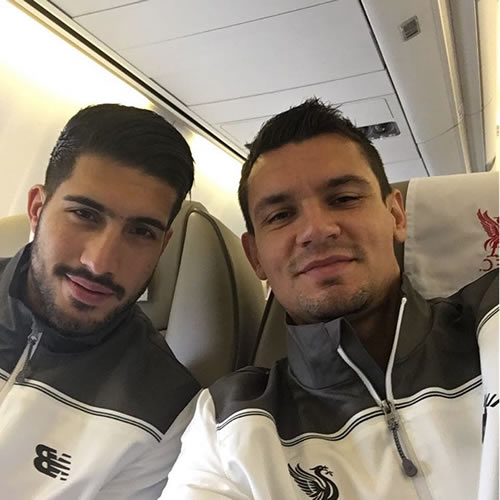 Dejan Lovren and Emre Can looked in good spirits as Liverpool prepared for their flight to Russia ahead of their Europa League clash against Rubin Kazan on Thursday night.

The Reds are preparing to turn their attentions back to European affairs after their thrilling 3-1 win over Chelsea at Stamford Bridge in the Premier League on Saturday afternoon.

And the Reds will look to carry their positive run of form into Thursday’s clash in Russia.

Lovren shared the picture above of himself with Can on his personal Instagram account and wrote: “Off to Rubin Kazan with my bro @ec2323

Rubin are unbeaten at home in Europe this season (W1 D2). They have not scored more than one goal in each of their last six European fixtures in Kazan.

Liverpool and PAOK are the only sides to have drawn all three of their group stage games this season.