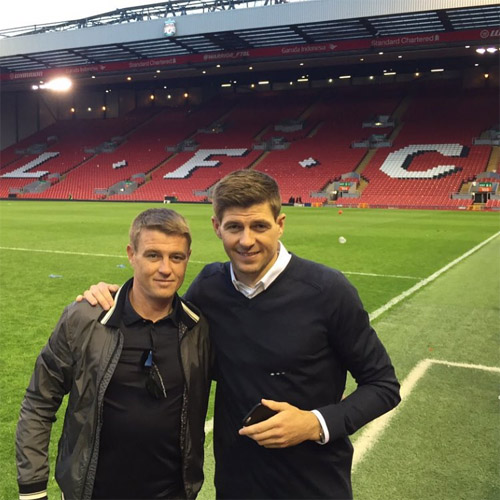 Steven Gerrard won’t be donning the Liverpool shirt on loan this winter, but the former Reds captain was all smiles as he returned to Anfield on Thursday.

The 35-year-old has been granted permission to train at Melwood training ground by his former employers, with Gerrard expressing his excitement to work with new manager Jurgen Klopp earlier this week.

Gerrard joined Major League Soccer outfit LA Galaxy in the summer transfer window after he opted to call time on a decorated 17-year career at Anfield.

The former England midfielder appeared to be at Anfield with his brother to celebrate his sibling’s birthday ahead of Liverpool’s Europa League clash against Ligue 1 side Bordeaux on Thursday night.

Gerrard posted the above snap and wrote on Instagram: “Happy birthday kid

Speaking to BT Sport earlier on Tuesday night, Gerrard confirmed that he is set to train with his former team-mates over the next couple of weeks. 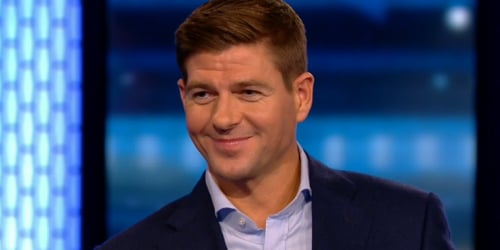