Photo: Liverpool star and wife all smiles with Novak Djokovic 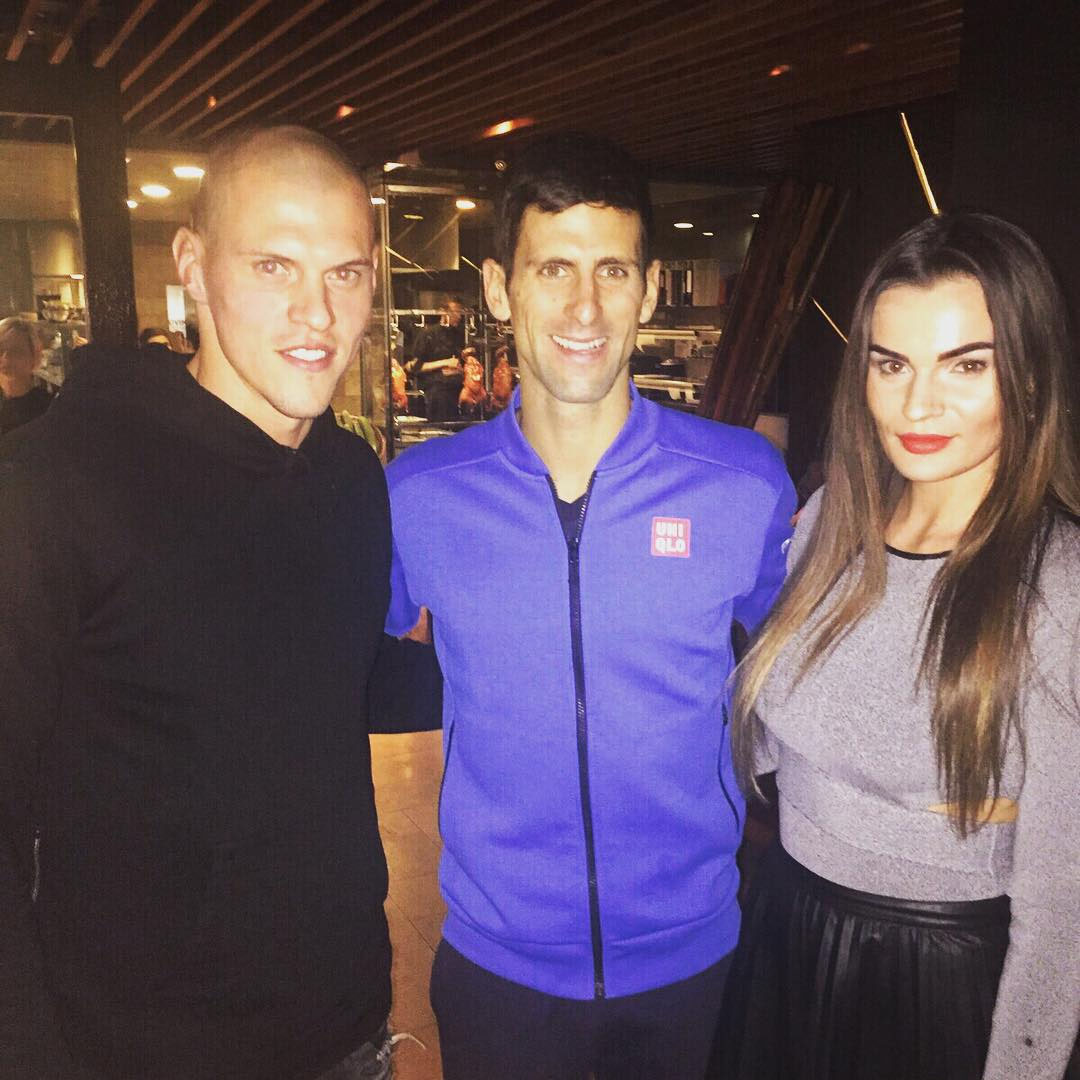 It’s been a pretty good weekend for Martin Skrtel.

The Liverpool centre-half scored his first Premier League goal since December 2014 in the Reds’s 4-1 victory over Manchester City at Etihad Stadium on Saturday evening.

Skrtel sealed three points for the Merseyside outfit with a sumptuous half volley with nine minutes remaining in Manchester, helping the Reds secure back-to-back away wins.

And the 30-year-old treated himself to some world-class tennis on Sunday after Skrtel and his wife made the trip to London to see world number one Novak Djokovic win the ATP World Tour Finals crown.

The Serbian even made time to pose with his fellow eastern European following his straight sets win against Roger Federer.

Skrtel posted the above snap and wrote on his Instagram page: “Legend himself!!!what a honour to meet this guy!absolutely superstar in tennis but still nice person!!!thanks for the picture @djokernole💪🏻👌👍✌️ @baraskrtel #nole#tennis#hajdebrate#legend#novikov#london#serbia#slovakia#vajda#becker. Thanks to @borisbeckerofficial”

Liverpool are six points behind fourth-placed Arsenal following their impressive 4-1 win at The Etihad.

The Reds host Swansea City in their next Premier League game.

Dietmar Hamann: Why Harry Kane reminds me of Tottenham legend