Is Jon Flanagan finally closing in on a return to first-team action with Liverpool? 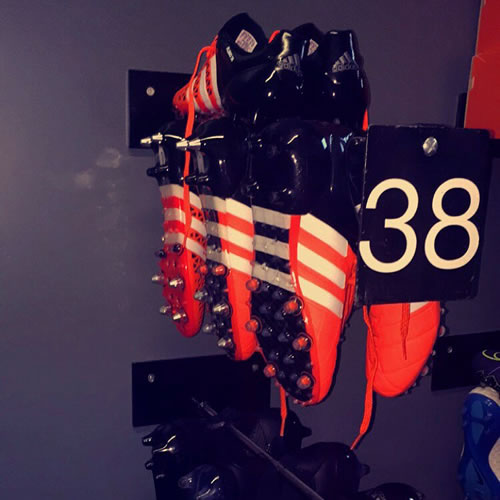 Jon Flanagan has taken to social media to hint that he is closing on a return to first-team action with Liverpool after his lengthy lay-off due to a knee injury.

The 22-year-old has been out of action for more than a year after he suffered a serious knee injury last summer.

Flanagan underwent a further knee operation in May of this year, which was expected to keep the youngster out of action for a further six to nine months.

Now, the defender appears to finally be closing in on a return to action under new manager Jurgen Klopp.

Flanagan posted the picture above of his boots at Liverpool’s Melwood training ground on Tuesday afternoon and wrote: “

Flanagan, who was part of Liverpool’s League Cup-winning squad in 2012, scored one goal in 25 Premier League appearances in the 2013-14 campaign.

Liverpool take on leaders Manchester City in their next Premier League fixture at The Etihad on 21 November.