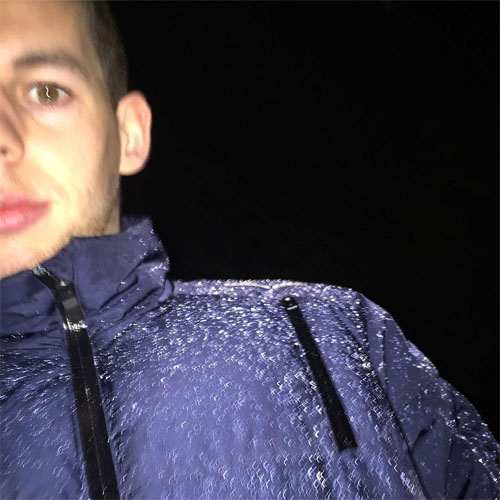 Jon Flanagan posted a gloomy selfie on Saturday night as the Liverpool defender edges closer to a return from injury.

The 22-year-old full-back has been sidelined for over 12 months after the Reds youngster suffered a serious knee injury last summer.

Flanagan was forced to undergo a further knee operation in May, which expected to keep the youngster out-of-action for six-to-nine months.

The Liverpool full-back has kept supporters updated with his infrequent Instagram posts, including training sessions with Jordan Henderson and bed-time reading of Steven Gerrard’s autobiography.

However, Flanagan appeared to be doing some sort of workout in the wet conditions on Saturday night as he posted the below rain-drenched selfie.

The Liverpool defender was on standby for Roy Hodgson’s England squad for this summer’s World Cup after a series of impressive performances for the Reds.

Flanagan, who was part of the Reds’s League Cup-winning squad in 2012, scored one goal in 25 Premier League appearances last season.

Liverpool face leaders Manchester City in their next Premier League fixture at The Etihad on 21 November.