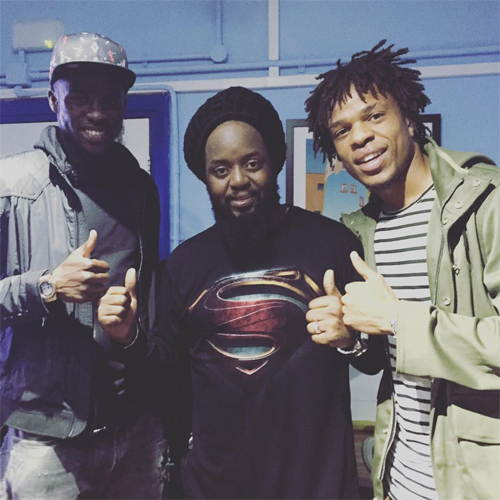 Loic Remy was all smiles as he posed for an Instagram snap with Chelsea’s forgotten defender Papy Djilobodji and Morgan Heritage.

The France international was an unused substitute in Chelsea’s hard-fought 2-1 victory over Dynamo Kyiv in the Champions League at Stamford Bridge on Wednesday night.

Remy has found his first-team opportunities limited this season despite Chelsea’s well-documented struggles, but the Frenchman has featured more than Djilobodji.

But the 26-year-old still appeared in high spirits after he joined Remy for a snap with a member of reggae group Morgan Heritage.

Remy wrote on the photo-sharing app: “Morgan heritage. With @djilo15”

The former Queens Park Rangers striker has scored two goals in seven games in all competitions for Chelsea this season.

Remy has started only one Premier League game for the Blues.

Djilobodji has made one appearance in the League Cup since his £2.7m move from Ligue 1 side Nantes in the summer transfer window.