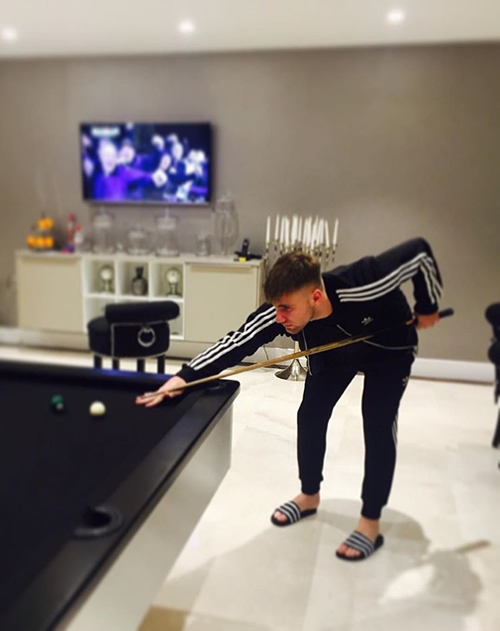 Luke Shaw looked relaxed as he played some pool at home on Friday night as his Manchester United team-mates geared up for their Premier League clash with West Bromwich Albion on Saturday afternoon.

The Red Devils host the Baggies at Old Trafford looking to return to winning ways in the top flight after their goalless draw at Crystal Palace last weekend.

The left-back has been out of action since September after undergoing surgery to correct a double fracture of his right leg suffered during United’s 2-1 loss to PSV Eindhoven last month.

Shaw was pictured walking without crutches for the first time in midweek as he attended United’s early Christmas party.

And the England international looked chilled out as he enjoyed a game of pool at home on Friday night.

Shaw posted the picture above on his personal Instagram account and wrote: “Evening chill playing pool on #ADIDASTRACKSUITDAY let’s see what you’ve got on!”

Defender Marcos Rojo has been filling in for Shaw at left-back in recent games.

Photo: Erik Lamela warms up for Arsenal v Tottenham on the couch