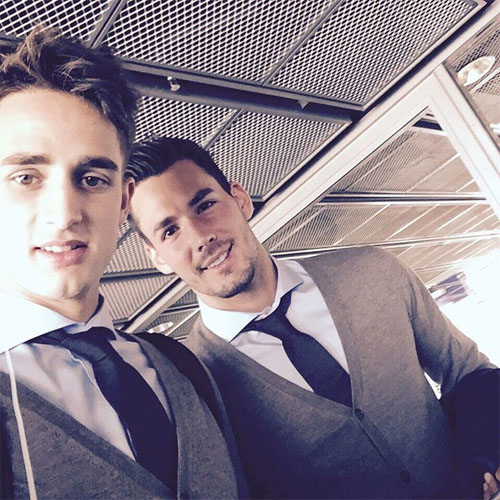 Adnan Januzaj might not be making an impression on the pitch at Borussia Dortmund, but the on-loan Manchester United forward does appear to be making some friends off it.

The Belgium international joined the Bundesliga club on a season-loan loan from United in the summer transfer window after Louis van Gaal deemed the winger surplus to requirements.

However, Januzaj hasn’t gained much experience on loan at Dortmund after making a string of appearances from the bench as BVB look to chase down leaders Bayern Munich at the top of the Bundesliga.

But the on-loan United starlet did wish his Dortmund friend Roman Burki a happy birthday as the 20-year-old adjusts to life in the Dortmund squad.

Januzaj posted the above selfie and wrote: “Happy birthday to my brother @rbuerki ✌😜”

The 20-year-old has started two of Dortmund’s four Europa League games this term.

The Belgium starlet scored United’s winner in a 1-0 victory over Aston Villa at Villa Park in August before he joined Dortmund on loan.

Gary Neville: Man United should forget about Cristiano Ronaldo and sign this man