Photo: Man United star Ander Herrera all smiles with his family in Spain 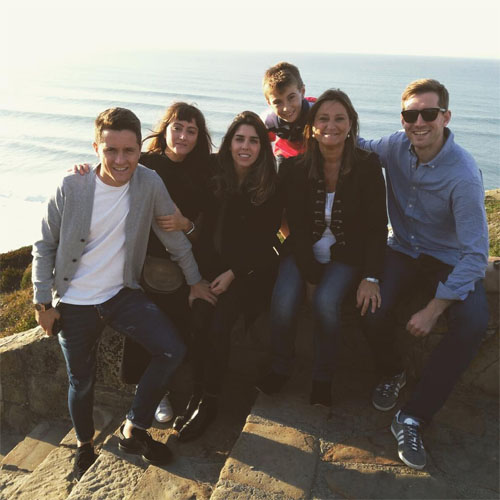 Ander Herrera may have been disappointed not to make the Spain squad, but the Manchester United star made the most of the international break with his family.

The former Athletic Bilbao playmaker was not included in Vicente del Bosque’s La Roja party for their 2-0 victory over England in Alicante on Friday night.

Herrera has been a regular feature in Louis van Gaal’s United side in recent weeks, operating in an advanced midfield role behind the main striker.

However, the 25-year-old midfielder was all smiles as he posed with his family for a snap in front of Barrika’s impressive coastline.

Herrera wrote on the photo-sharing app: “🌅 not a bad day with family #Barrika”

The uncapped Spanish midfielder has scored two goals and has made one assist in eight Premier League games this season.

United, who are currently fourth in the top flight table, return to Premier League action with a trip to Watford after the international break on Saturday 21 November.