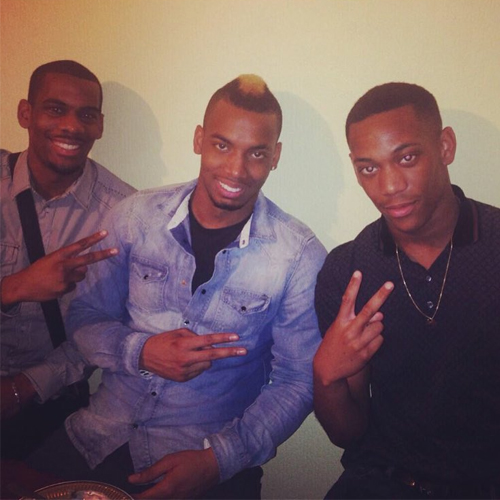 Anthony Martial appeared in high spirits as the Manchester United forward relaxed with his friends after a 2-0 victory over West Bromwich Albion.

The 19-year-old played a key role in the Red Devils’s win at Old Trafford on Saturday after he was involved in the lead up to Jesse Lingard’s first United goal.

Spain international Juan Mata duly dispatched the spot-kick to seal three points for the hosts and move Louis van Gaal’s side to within a point of leaders Manchester City.

And Martial almost broke into a rare smile as he relaxed with some mates after United’s victory.

The Frenchman has scored three goals and has made one assist in eight Premier League appearances following his £36m move to Monaco from United in the summer.