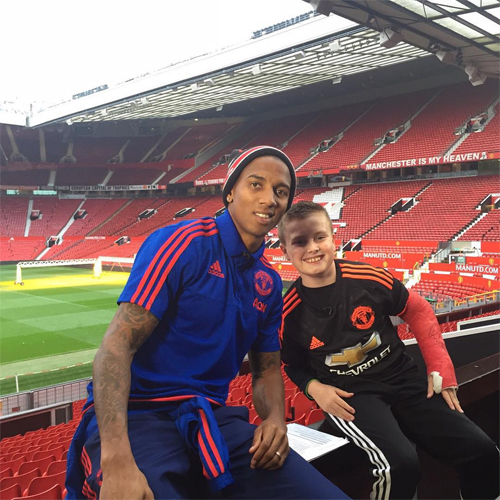 Ashley Young is prepared for any tough questions that he could face about his diving.

The Manchester United winger flaunted controversy after he dramatically took a tumble in attempt to win a free-kick during the Red Devils’s 1-0 victory over CSKA Moscow in the Champions League last night.

Former Red Devils midfielder Paul Scholes labelled Young’s dive against CSKA as “embarrassing” and told the United winger to cut it out of his game.

However, Young appeared to survive a grilling from one United supporter on Wednesday afternoon.

United now turn their attentions back to the Premier League and hosting West Bromwich Albion at Old Trafford on Saturday afternoon.

Van Gaal’s men, who were held to a goalless draw by Crystal Palace last weekend, head into the game in fourth place in the table and four points behind the leaders.

Photos: Eriksen, Son all smiles as Tottenham train ahead of Anderlecht clash