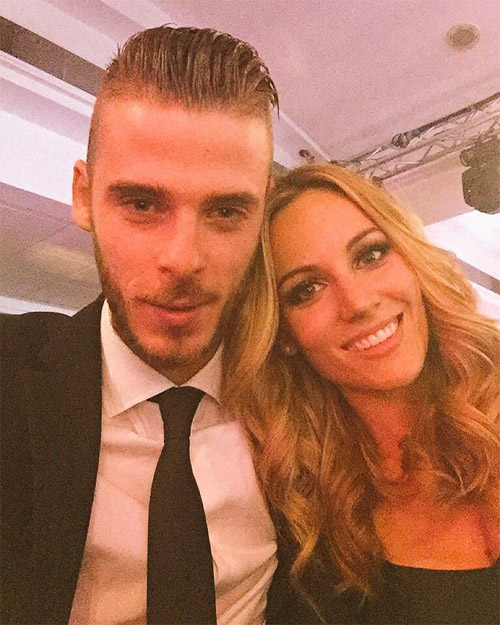 The Manchester United goalkeeper was named the club’s player of the year in April after another stunning season between the sticks for the Red Devils.

De Gea has also managed to usurp Real Madrid and Spain legend Iker Casillas as La Roja’s number one in recent months thanks to his United form.

The 24-year-old shot stopper’s girlfriend of five years, Edurne, also represented her country at Eurovision, although she finished 21st overall.

De Gea posted the above selfie with his glamorous girlfriend at United’s Unicef dinner on Sunday night.

Naturally, Edurne kept her Twitter followers updated on what looked like a magical night for the United squad as they leant their support to a great cause.

United are a point behind joint leaders Manchester City and Leicester City after Saturday’s 1-1 draw at King Power Stadium.