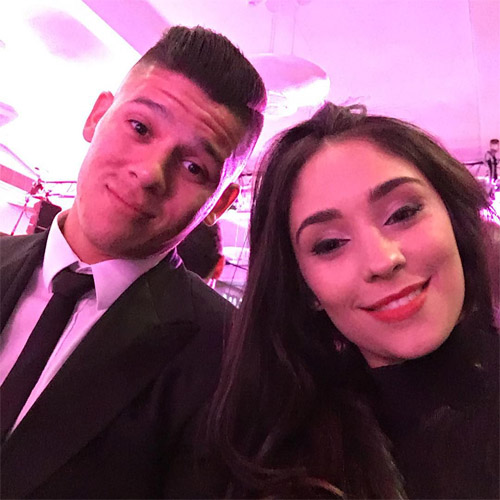 Marcos Rojo was all smiles with his lingerie model wife Eugenia Lusardo at Manchester United’s charity ball on Sunday night.

She posted a snap of the Argentina international cooking in the kitchen on Friday night, with the rest of the United squad tucked up in a hotel before their trip to the Foxes.

Rojo was not named in Louis van Gaal’s match-day squad as Bastian Schweinsteiger rescued a point for the Red Devils in a 1-1 draw with Leciester on Saturday evening.

The United centre-half posted the above photo and wrote the following caption: “#united4unicef con @eugelusardo”

The South American defender moved to United from Sporting Lisbon in a £16m deal in the summer of 2014.