Manchester United defender Phil Jones could have a future as DJ 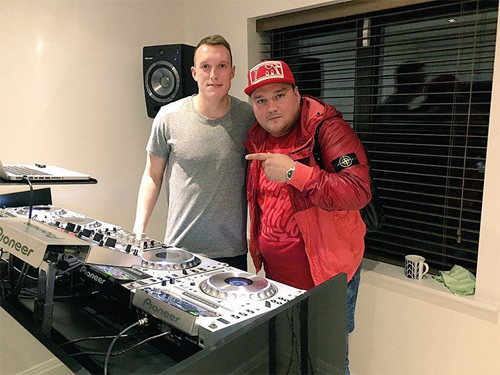 Phil Jones could have a future as DJ if his Manchester United career goes belly up.

The England international met BBC DJ Charlie Sloth on Sunday afternoon as Jones looked to wind down following a 2-0 victory over West Bromwich Albion at Old Trafford on Saturday evening.

Jones appears to have ambitions of becoming a decent DJ as the BBC Radio 1 star showed the United centre-half the ropes – or discs – yesterday.

The former Blackburn Rovers man uploaded the above snap of the pair and wrote the following caption on his Instagram page: “Big Thanks to @CharlieSloth for showing me a few tricks today! Top guy! Was wicked! #ThePeoplesPrince 🎶”

Jones was a second-half substitute in United’s 2-0 victory over the Baggies at Old Trafford on Saturday.

The 23-year-old had started three successive games against Everton, CSKA Moscow and Manchester City but didn’t feature in a goalless stalemate with Crystal Palace or a 1-0 victory over the Russian side mid-week.

United are in fourth place in the Premier League table.

Arsenal legend: Why Tottenham will finish in the top four