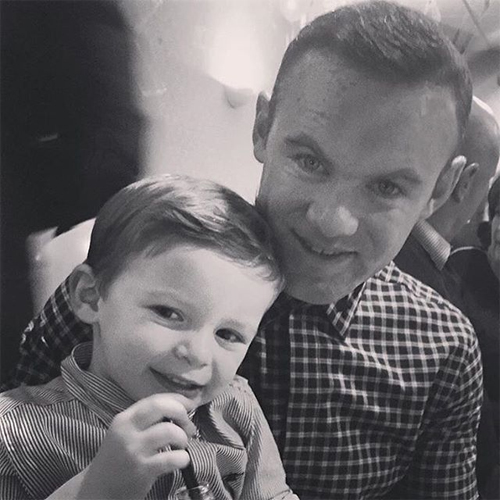 Wayne Rooney posed for a selfie with his son Klay before the Manchester United captain links up with the England squad.

The Red Devils were comfortable 2-0 winners against West Bromwich Albion at Old Trafford on Saturday afternoon.

However, Rooney failed to score in the victory as manager Louis van Gaal replaced his United captain in the second half.

But the 30-year-old was still in good spirits as he relaxed with his youngest son Klay before presumably linking up with the England squad.

Rooney wrote on the photo-sharing app: “Dad and lad 😃”

The Red Devils skipper was replaced in the 82nd minute of their 2-0 victory over the Baggies after Ander Herrera replaced the England’s all-time record goal-scorer.

Rooney has scored two times in 11 Premier League appearances for the Red Devils so far this season.

The England captain did score the winner in a 1-0 victory over CSKA Moscow mid-week.