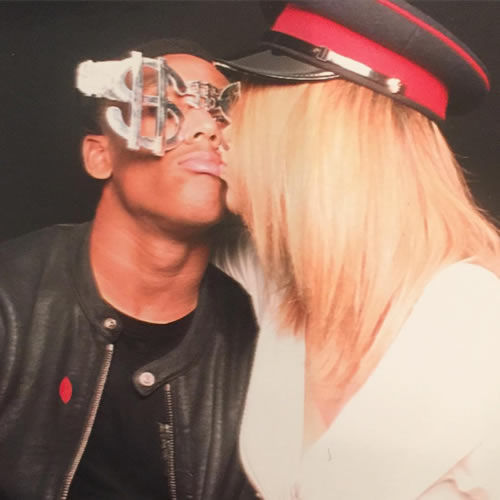 It’s fair to say that Anthony Martial has settled into life at Manchester United with ease.

The France international has been a regular fixture in the Red Devils’ first team since arriving at the club from Monaco on transfer deadline day back in September.

Martial has scored three Premier League goals and notched up one assist in eight outings.

And Martial appears to be completely settled off the pitch, too. The forward’s wife Samantha has been sharing a series of posts on her personal Instagram account showing the couple’s strong relationship.

Samantha Martial posted the picture above on her personal Instagram account on Monday afternoon and wrote: “According to a study, there are 43.6 million Instagram accounts and 21.8 million profiles of men, so if you’ve seen the profile of my man, there are still 21,799,999 more. #myman #iloveyoutoto.”

Martial and his wife Samantha have a young daughter together and are clearly very comfortable with each other as they both adapt to life in England.

United, who are fourth in the top-flight table, return to Premier League action against Watford on Saturday afternoon.

Before that, Martial could line up against England in Tuesday night’s international friendly clash at Wembley.