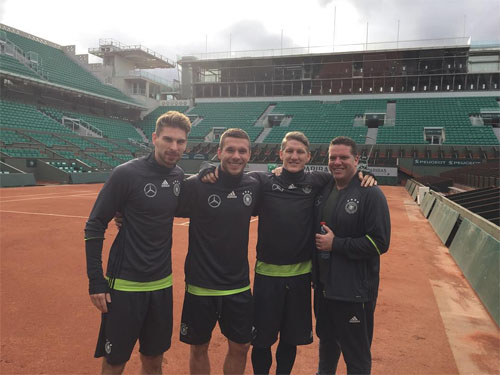 Bastian Schweinsteiger must know a thing or two about tennis.

The Manchester United midfielder has been dating world number no16 Ana Ivanovic since 2014.

And Schweinsteiger posed with on-loan Arsenal striker Lukas Podolski and two German colleagues on the French Open’s prestigious court ahead of their Friday’s clash against les Bleus at Stade de France.

The Red Devils stay in fourth place but move to within a point of leaders Manchester City in the Premier League table.

United make the trip to Watford in the Premier League next Saturday.