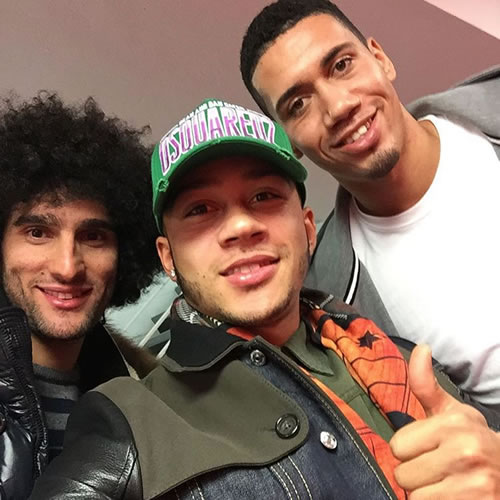 Fellaini celebrated his 28th birthday on Sunday, while Smalling turned 26.

The United pair were given the gift of three points as the Red Devils secured a dramatic 2-1 victory over Watford at Vicarage Road on Saturday afternoon.

And Depay took the time to snap a selfie with his two team-mates on Sunday as he wished them both a happy birthday.

Depay shared the photo above on his personal Instagram account on Sunday afternoon and wrote: “Selfie with the bday boys! Enjoy your day guys!”

The Netherlands winger scored United’s opener at Vicarage Road when he volleyed home Ander Herrera’s cross in the first half against Watford.

United return to action with a home clash against Depay’s former club PSV Eindhoven in the Champions League on Wednesday night, before their trip to Premier League leaders Leicester City at the King Power Stadium next Saturday evening.