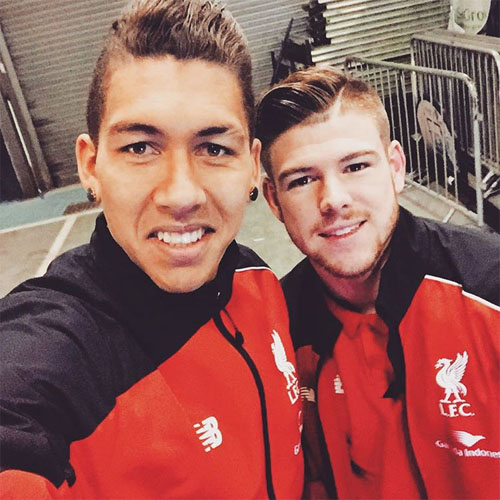 Roberto Firmino was all smiles with Alberto Moreno as the pair snapped a selfie outside The Etihad.

The Brazil international produced his best performance in a Liverpool shirt in Saturday evening’s 4-1 win against Manchester City following his summer move to Anfield.

Firmino, who joined Liverpool in a £29m deal from Bundesliga side Hoffenheim to become the Reds’s third most-expensive player of all-time, scored his first Premier League goal and made two assists in an emphatic win.

And the South American midfielder was in high spirits as he joined Liverpool left-back Moreno for a selfie before the pair boarded the team coach back to Merseyside.

Moreno wrote on his Instagram page: “Very happy for that great victory

Firmino scored his first goal and made his first assist in 10 Premier League games for the five-time European champions at City on Saturday night.

The South American was one of Liverpool’s marquee summer signings after he was snapped up by Jurgen Klopp’s predecessor Brendan Rodgers.