Photo: Tottenham midfielder all smiles on flight back to the UK 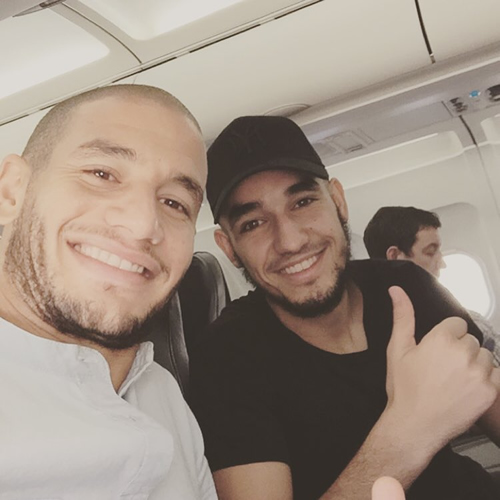 Nabil Bentaleb gave a thumbs up as he jetted back to the UK after his stint on international duty with Algeria.

Bentaleb was substituted after just 36 minutes of Algeria’s 7-0 World Cup qualifier win over Tanzania on Tuesday night and appeared to be frustrated at being replaced.

However, the Tottenham Hotspur star looked to be in good spirits as he posed for a selfie with Adlene Guedioura on his flight back to London.

Bentaleb shared the photo above on his personal Instagram account and wrote: “Back to London after a great result yesterday with my boy @adleneg17 back to Prem business ! ”

Bentaleb will be hoping to be back in action when Tottenham Hotspur take on West Ham United at White Hart Lane in the Premier League on Sunday afternoon.

The 20-year-old midfielder has been limited to just four Premier League appearances for Mauricio Pochettino’s men so far this term.

Indeed, he has not featured for the Lilywhites since the goalless draw with Everton at the end of August.