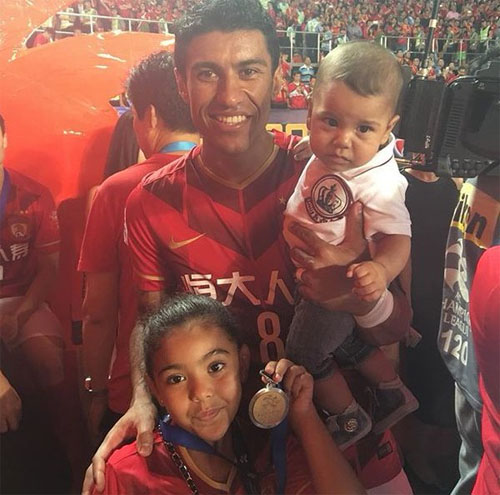 Paulinho may have been branded a Tottenham Hotspur flop after he left for China in the summer, but the Brazilian has had the last laugh after winning the Champions League.

The Asian version of Europe’s top-tier club tournament came to its conclusion on Saturday night, and Paulinho’s current employers Guangzhou Evergrande edged to a 1-0 aggregate win against Al Ahli of UAE.

The South American midfielder scored one goal in six appearances in the competition to help Guangzhou win the AFC Champions League for the second time in three seasons.

And Paulinho, who netted six times in 45 Premier League games for Tottenham, posted the above snap following a memorable night in Tianhe Stadium.

Paulinho moved to Tottenham in a £17m deal from Brazilian side Corinthians during Andre Villas-Boas’s doomed reign at White Hart Lane.

The Brazil playmaker scored 10 times in 67 games in all competitions for the north London side.