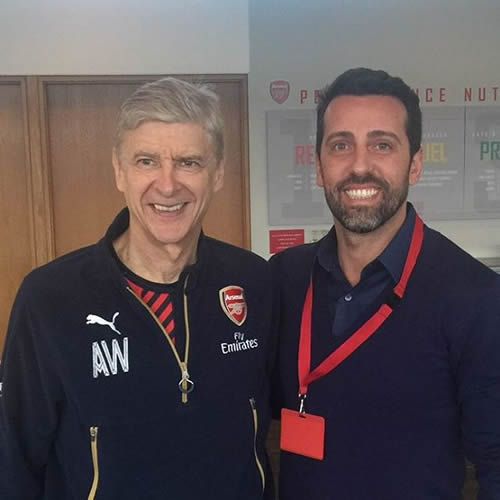 Arsene Wenger has met with Corinthians’ director of football to discuss a possible transfer to Arsenal for striker Alexandre Pato.

The Brazil striker has been linked with a move to the Premier League in recent weeks and has been touted as a possible target for Liverpool as Jurgen Klopp considers bolstering his attacking options in January.

Gunners boss Wenger is thought to be on the lookout for potential signings as the January transfer window looms large.

Now, it has emerged that Edu has held talks with Wenger about the possibility of Pato moving to Emirates Stadium in the new year.

The former Arsenal midfielder, who now works as Corinthians’ director of football, also uploaded the photo above onto his Instagram this week to further suggest that a move could be on the cards for Pato.

Edu is quoted as saying by Metro: “I wasn’t there to tout him around but if people ask about him [Pato], I’m going to answer.

“I talked and they asked questions – not just about him, but about a few of our players. They know them well.

“I had lunch with Arsene Wenger and he asked about [Pato] and about others.”

Arsenal take on Norwich City in the Premier League on Sunday.

Roy Keane: Why Man United should expect to be booed